In case you’ve never seen my bio, met me IRL, or read my Twitter feed… I’m a Toronto Raptors fan. I’m one of those long-standing, loud and proud fans that fell in love with this team long before they started winning. Before Vince Carter was a household name, and here I am long after Chris Bosh took his talents to South Beach. Still a huge fan.

If you’re familiar at all with the NBA, you probably know that the Raptors have been a bit of a joke among the league. That they’re terrible. That they don’t ‘have it’.

ESPN even had a poll on their website, once the Final Four was decide, asking who was going to win the championship.

The Warriors.
OKC.
The Cavs.
Or… Other.

Seems like everyone outside of Canada was counting the Raptors out.

But on Friday night, as I watched my team loose in game six of the Eastern Conference finals, I felt so proud of my team.

Well, okay, if I’m completely honest, if they’d gone on to the finals and won it all, yeah, I could probably muster up some more of those feelings.

But yeah. I’m pretty damn proud. This was a hard fought, amazing ride of a season. Many records were broken and everyone kept saying the Raptors couldn’t do it. They were going to be swept by Indiana. We were never going to beat the Heat. Even after a few years of some terrible post-season runs, the fans were getting nervous.

And finally, after spending so much time having to defend and justify myself for being a Raptors fan, the rest of the world is finally starting to notice the Northern uprising. We’re no longer just the other team. We were one of the final four. We’re earning respect. I mean, even the self-appointed basketball King is taking notice:

And you can probably still hear us, the fans, still chanting, even two days after the end of one of the most exciting seasons in franchise history came to a close.

So don’t count us out. We the North. And we’re just warming up.

I honestly spent a lot of time thinking about whether or not to renew this domain. I haven’t posted regularly in a few years. I hadn’t written at all in 2016 yet. And people keep telling me blogging is dead. That no one blogs anymore and even if they do blog, no one is reading them. So why bother?

Good question. But I’ve always liked the idea of having an easy way to self-publish and I wasn’t sure if I wanted to ditch the posts I’ve collected here.

Clearly I decided to renew after all, because you’re reading this (All two of you! Hi, Mom!). I’m going to get back into this blogging business slowly. So I’m starting off with a currently to catch you up!

New Moon. Wait, stop. It’s for a good cause, I promise. My friends and I didn’t suffer enough when we recapped Twilight back in October… Someone thought it would be a good idea to recap New Moon, so… welcome to my hell. Or better yet, check out 31 Days of New Moon over one the Snark Squad website.

I’ve also been reading the Black Widow graphic novels by Edmondson and Noto. They are excellent. 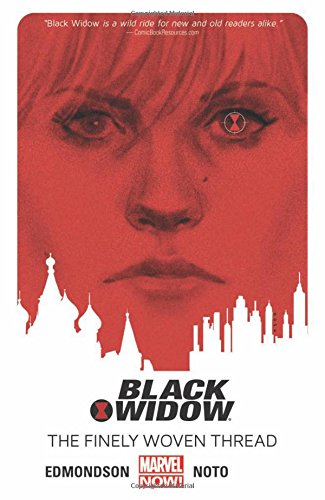 Basically this song by Walk Off The Earth on repeat:

A lot of my spare time lately has been spent developing two new websites. And a few other projects for a returning client. It’s been all work and no fun. But I genuinely enjoy building these things. I’m getting nothing but sexual harassment from my day job, so I’m delving deep into the things that are restorative to my mental health and that’s building and designing.

I’m feeling okay. My day job is just not what I want to be doing with my life, so I’m trying to squeeze every last second out of my time spent away from work. I am tired of winter. I am tired of my job. I’m tired of a bunch of things that I can’t really control. It seems like the closer to being done with all of this, the slower time is going. I’m trying to stay focused on the light at the end of this long, long tunnel. We’re getting there.

What I’m going to do once my contract at work is up. It is going to be so good, you guys.

Reading and BookTube. I’ve been watching a lot of my amazing friends creating some awesome content. Their videos are making me want to read more, which is something I’ve not been doing a lot of lately.

What have you been up to lately?

Today, the swearing in ceremony for our 23rd Prime Minister was held in Ottawa.

Our outgoing Prime Minister had become famous for controlling guests lists to traditionally public events, restricting media access and even controlling what our scientists are allowed to say about important issues like climate change. He has an old-fashioned idea about women and their place in the world.

So it was refreshing to watch our new Prime Minister and his cabinet sworn in, a cabinet that represents the diverse cultures of Canada. It’s also the first cabinet in the history of Canada to have gender parity.
My favourite moment from today was Prime Minister Justin Trudeau’s response to the question about gender parity:

The quote truly doesn’t capture the moment, so click on the link and watch the video clip. I’ll wait.
So, yes. I know governments tend to be all the same. I know politicians bend the truth and have hidden agendas.
But man, I can’t help but be a tiny bit hopeful that maybe we’re in for a positive change.

Please support my work and...

Happy Friday! Fun fact: I have never been to NYC.

Hump day... how was the weekend three days ago alr